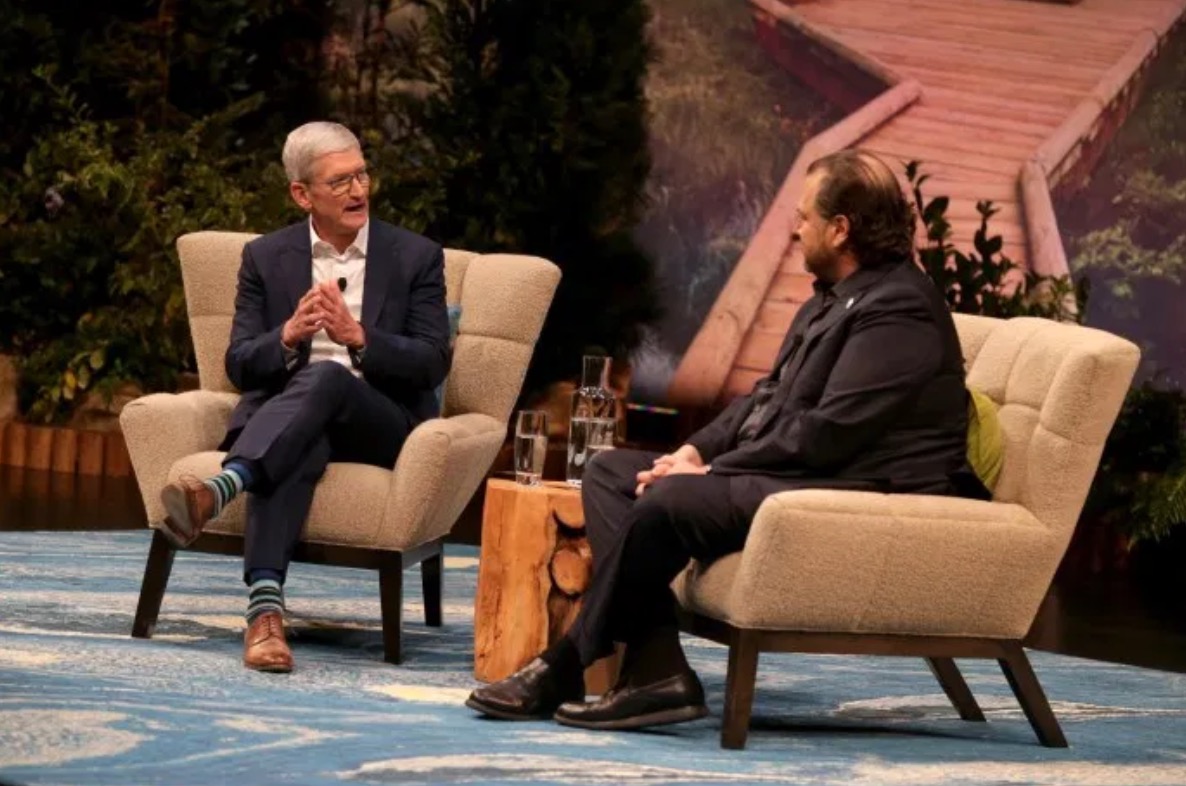 When Steve Jobs unveiled the first iPhone in 2007, it had disrupted technology and became the yardstick for the next generation of mobile phones. So, in the growing world of tech, innovation means being at the forefront of everything, especially on racking up the first-mover advantage.

However, all of these changed when Apple CEO Tim Cook sets out a new business goal for the company in a Dreamforce 2019 event. In a sit-down chat with Salesforce CEO Mark Benioff, the leaders talked about their admiration for each other as well as their company values.  Cook also shares how he sees the company in the future, redefining the meaning of success in the tech industry.

Cook shares some of the most important aspects for him and for Apple: innovation, sustainability, privacy, and equality. This redirects Apple’s focus from being the first- to becoming the best.

Cook acknowledges that since its’s 2007 release, the company has been enterprised based and it has affected iPhone sales. It was evident that in the fourth quarter of 2018, sales dropped 6.4 million units to 73.2 million that were sold in 2017. It was, in fact, the biggest decline of any major smartphone company in the period.

While the company’s previous business strategy was about taking advantage of the market demand and releasing new units for a shorter period of time, the consumer’s psyche differs as more iPhone users prefer fixing their phone instead of getting a new one.

This might prompt Cook to look at sustainability as a key area for Apple’s future, saying “so many people confuse innovation with change…many think innovation is change, but it’s about making things better, not just merely changing something. We’ve never set the objective to be first, we’ve always set the objective to be the best.” Some major efforts in production were also being made as the company pledged it would not mine any minerals to manufacture their hardware. To start off, earlier this year the company announced that their iPhone batteries are made from recycled parts.

Cook also added that privacy is something that should be thought of in the entire development process for new product design. As lawmakers continue to debate and question privacy settings for the big tech companies such as Google and Facebook, Cook believes that privacy should be a priority rather than an after-thought.

As Cook said, “you don’t bolt-on privacy, you think about it in the development process of products. You can see what happens when companies wake up one day and decide they’re going to do something privacy-wise. You just can’t do it. You have to design it in.”

Plus, Apple is also offering new services such as TV streaming called Apple TV plus and game subscriptions such as Arcade. Rather than focusing solely on mobile phones, Apple is also creating mobile gadgets to work with including the recent Airpods, Apple Watch, and Home Pod Speakers.

With this renewed sense of focus on creating a more sustainable tech industry, Apple might lead the standard and provide the framework for better business practices.

As Apple draws more focus on privacy and sustainability, Cook left off with the message to “leave the world better than we found it”. 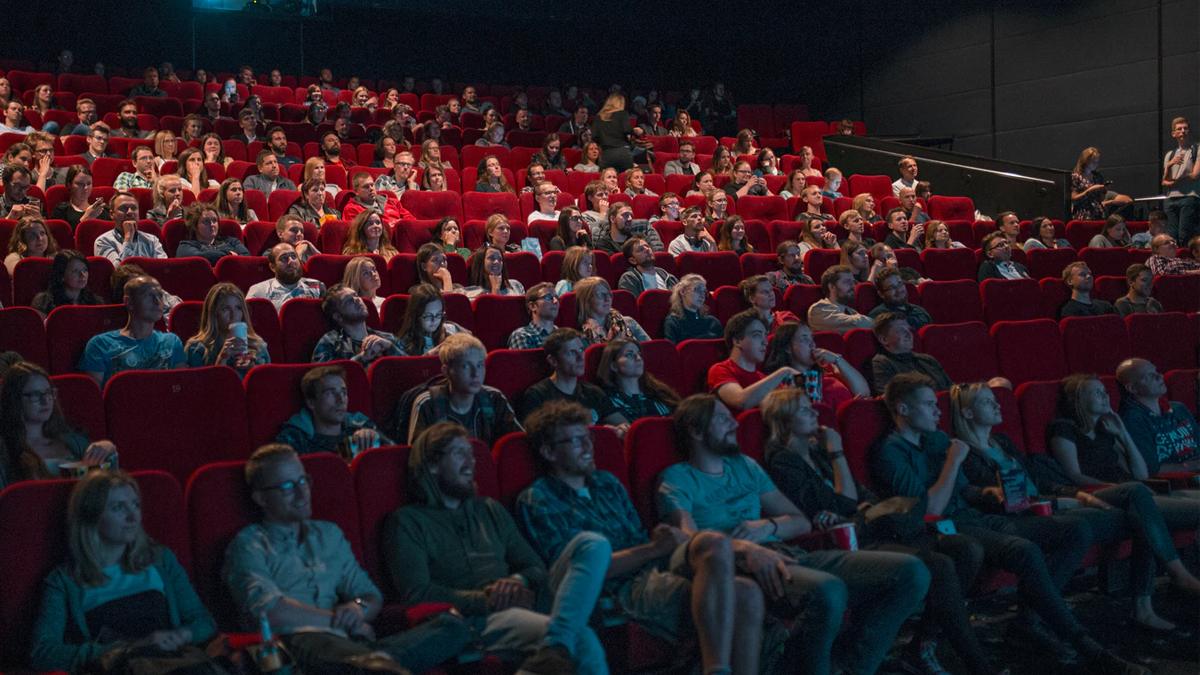 Here’s how you can help indie movie theaters open through the pandemic!

How to Support Indie Movie Theaters Open Amidst the Pandemic

As each day progresses, more and more indie movie theatres are slowly shutting down permanently due to lack of funds. What more is that hundreds of theatre employees are also starting to lose their jobs.

How can Indie movie-loving people support independent movie theaters? Like everything else, the Indie Movie Theater industry has started to go online through a streaming service that shows movies that bug theatre mall complexes do not usually deliver. How it works is fairly simple: All movie-goers have to do is buy a ticket online, and they can stream the movie all in the comforts of their homes while supporting the Indie Movie theatre industry.

A pilot session was conducted by Keif Henley, the Guild Cinema owner in Albuquerque. He decided to stream Phoenix, Oregon, which is an Indie Comedy about a graphic novel artist and a chef who quit his job to restore an old bowling alley and to serve the best pizza in the whole world. This Indie film was directed by Gary Lundren and starred celebrities like Lisa Edelstein and Kevin Corrigan.

The movie’s release would typically start in a handful of theatres and, depending on audience reception, will be streamed in popular streaming services such as Hulu or Amazon Prime. However, the movie producers decided to support local indie movie theaters by providing viewers the option to buy an e-ticket through a “Theatrical at Home” initiative.

A drop-down menu will appear, and viewers can choose what theatre they will support. Once purchased, viewers have three days to watch the movie once they receive the link, and forty-eight hours to finish the film once they start streaming it.

The price for Oregon, Phoenix, is at $6.50, which is noticeably higher than the average, in-person movie ticket. However, it’s a small price increase to pay to support local, independent indie movie theaters to stay afloat during the lockdown period.

What’s even better is that since this feature is available throughout the US and Canada, it reaches a broader audience that is no longer dependent on location. This is a smart way to stay at home, be entertained, and help support locals.

With this new initiative, other movie producers and theaters are following suit. Kino Lober launched a virtual theatrical exhibition initiative, and other indie movie theaters are opening private screening rooms through their respective screening platforms.

Indeed, the world of the movie industry is changing, and Indie movie theatres must adapt to the signs of the times. If you want to support indie movie theaters open, please purchase a ticket and avail of their unique streaming service!

How Microsoft Company is Saving the Planet 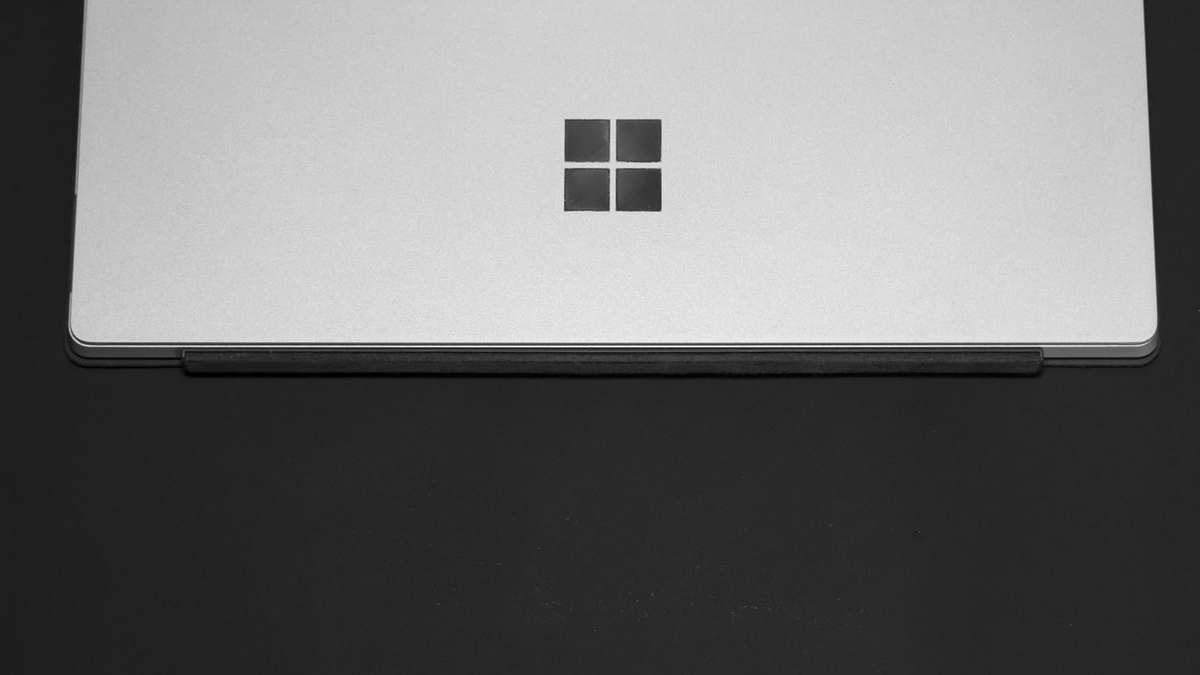 In pursuit of making a stand against climate change, corporations such as Facebook, Google, Amazon, and Apple have made it their mission to heal the world.

Talks on climate change have only been getting stronger as more consumers have become aware of its adverse effects. Since then, the topic has evolved from sheer press releases and into actual action plans taken seriously by C-level executives.

In this article, we’ll be exploring more about the commitments of Microsoft, one of the frontrunners in the subject. The tech giant pledged not only to decrease their emissions but to push further and go carbon negative. Microsoft has since been releasing a series of progress reports, detailing how they can eliminate all the carbon the company has discharged since its establishment in 1975.

After days of speaking with professionals in corporate sustainability as well as past and present employees of Microsoft, we have found how sincerely the company is taking the issue and their global influence that could expand this effort beyond their own enterprise.

Microsoft is setting a benchmark through its consistency, transparency, and determination in pulling together other companies, either suppliers or industry competitors, into sharing data and other resources for the cause.

A company’s carbon emissions are combined from three different sources: first is from the business operations side such as delivery vehicles, second is from factories or power plants, and the last type is from indirect emissions produced by equipment or services procured by the business, such as business travel.

Microsoft’s largest source of emissions is the third factor. “At Microsoft, we expect to emit 16 million metric tons of carbon this year. Of this total, about 100,000 are Scope 1 emissions, and about 4 million are Scope 2 emissions. The remaining 12 million tons all fall into Scope 3. Given the wide range of Scope 3 activities, this higher percentage of the total is probably typical for most organizations,” said Microsoft president Brad Smith.

Earlier this month, Microsoft chief environmental officer Lucas Joppa provided some updates on the concrete steps that the company is undertaking to achieve its negative carbon emission target.

First off, the tech giant will be joined by nine other major companies in an effort called “Transform to Net Zero”, which aims to “accelerate the transition to a net-zero global economy.”

It basically follows the same philosophies Microsoft has set but guided with a data and scientific-driven strategy. The companies uniting in this initiative are A.P. Moller-Maersk, Danone, Mercedes-Benz, AG, Natura & Co, Nike, Starbucks, Unilever, and Wipro.

Another strategy Microsoft took is the launch of a sustainability calculator that will help their cloud clients determine their carbon footprint and, in turn, make efforts to reduce it. The third is a commitment to cease the use of diesel fuel and generators by the end of the decade. Finally, they increased the company’s internal carbon tax to include its largest source of emissions (Scope 3).

Globally, Microsoft is being acclaimed for keeping true to their commitments in doing their part to create a more sustainable environment.

Aviation Aftermath Due to COVID-19 Pandemic 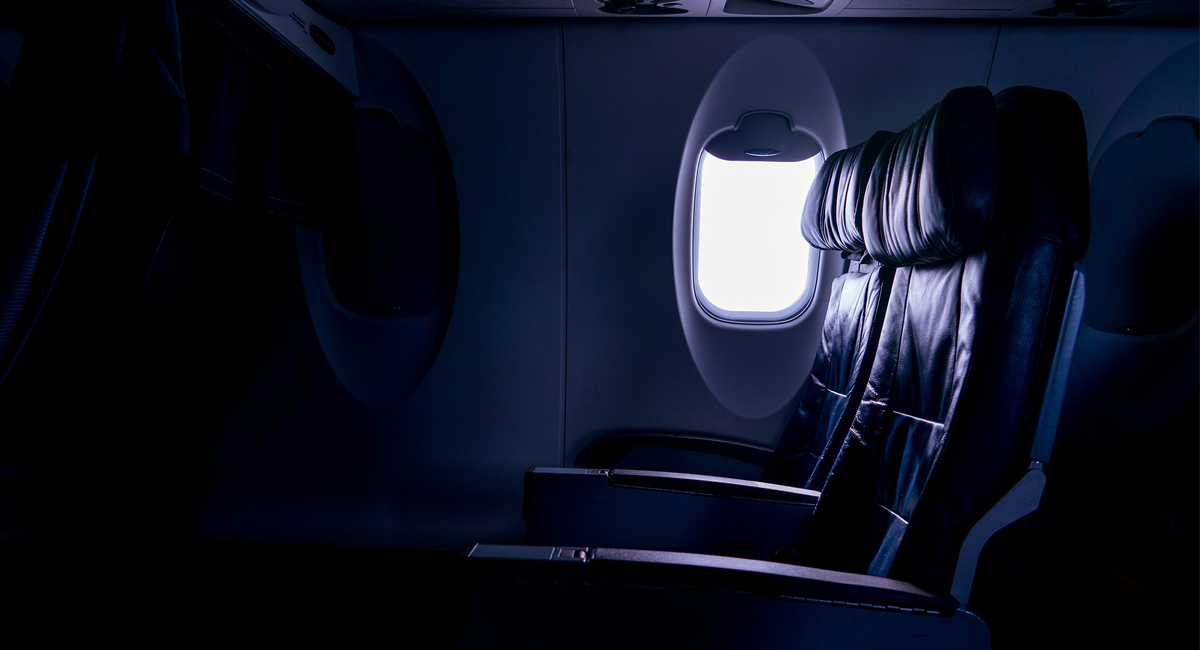 The Covid-19 pandemic has changed a lot of what was considered ‘normal’ before. For example, gone are the days when you can have a fun night out with friends while drinking and partying. Another aspect that the pandemic changed is everyone’s ability to travel freely (as long as their passport, budget, and visas will allow).

With everyone expected to stay home, the airline industry strongly felt the pandemic’s effects as the majority of the flights got canceled due to travel restrictions in an attempt to contain the spread of the deadly virus. Because of this, the airline industry has been forced to lay off employees or, worst, declare bankruptcy.

Government regulations in countries such as the United States and Europe have reiterated that any canceled travel plans because of the Covid-19 pandemic should be refunded in whole to the ticket holders.

Despite this regulation, many airlines have failed to comply with as they have felt the financial brunt during the pandemic. Some airlines opted to provide travel vouchers (that can be claimed until 2022) instead. Still, government regulations were specific in their guideline to give back the refund.

Statistics show a decline of 10% in early March 2020 as the pandemic started to boom globally. By late March, statistics showed a 40% to 60% decline in the aviation industry, with more flights being canceled and fewer individuals attempting to travel, including the imposition of travel restrictions by multiple countries. By April 2020, there was an 80% decline, with flight movements restricted in all countries.

In an interview, she mentioned that her previous paycheck was just enough to cover her monthly rent, a place she co-rents with a fellow flight attendant. Since Carr has previous experience in freelance jobs such as online translations and wedding event planner, she is now busy applying for other freelance types of jobs to make ends meet.

She acknowledges that while it is not the dream job, she hoped for right off college, the sense of urgency to make a living so she can survive the pandemic remains to be a top priority.

On the other hand, another flight attendant, Joan Marie Santos, turned to bake cupcakes and pastries during the flight lull. Her passion truly lies with baking, a hobby she only got to do in-between flights. But with the ongoing pandemic and approximately one flight per month (as opposed to her usual 15 flights per month), she started baking and selling her pastries to nearby communities to make ends meet.

With the uncertainty of the pandemic, people, not just flight attendants, have to be flexible and adaptable to the changing times.

How Microsoft Company is Saving the Planet

What It Takes To Start A Business & Be A Successful Entrepreneur

Running The Family Business: How To Avoid A Sequel Fallacy

The Three Factors Unsuccessful Small Businesses Have In Common